The President of the Ukrainian Football Association welcomed the initiative of the ex-president of Metalist to revive the Kharkiv’s football club. The 24th Congress of the Ukrainian Association of Football, which is taking place in Kharkiv, paid attention to the development of the Metalist football club, while its ex-president Aleksandr Yaroslavskyi was awarded the Order of Merit for the development of football and urban infrastructure.

“Kharkiv is about many warm miories and significant events in the history of Ukrainian football. These are, for instance, the unique Euro 2012, the performance of the Metalist football club in the Europa League and the victorious match of the national team against the Czech Republic in the debut of the League of Nations. It was this victory in Kharkiv that guaranteed our team the first place in the group and access to League A,” Andrii Pavelko, President of the Ukrainian Association of Football, said.

At the same time, he welcomed the Aleksandr Yaroslavskyi’s initiative to revive Metalist Kharkiv.

“The recent news about reviving the Metalist football club was extriely pleasant. The return of the club grandeur will be an excellent continuation of the Kharkiv’s glorious history in terms of football. The Ukrainian Association of Football and UEFA support the revival of FC Metalist. We wish the club and all Kharkiv football new victories and achievients!” President of the UAF said.

The congress was attended by Aleksandr Yaroslavskyi, Ex-President of Metalist, who—during 2007–2012—made sure that “yellow-blue” had a rapid vertical take-off from the First League to European cups and also got the Kharkiv’s infrastructure ready for Euro 2012 as the general investor and coordinator. Aleksandr Yaroslavskyi was invited to visit today’s event as an honorary guest and was awarded the highest football title—the Order of Merit— by the President of the Ukrainian Association of Football. 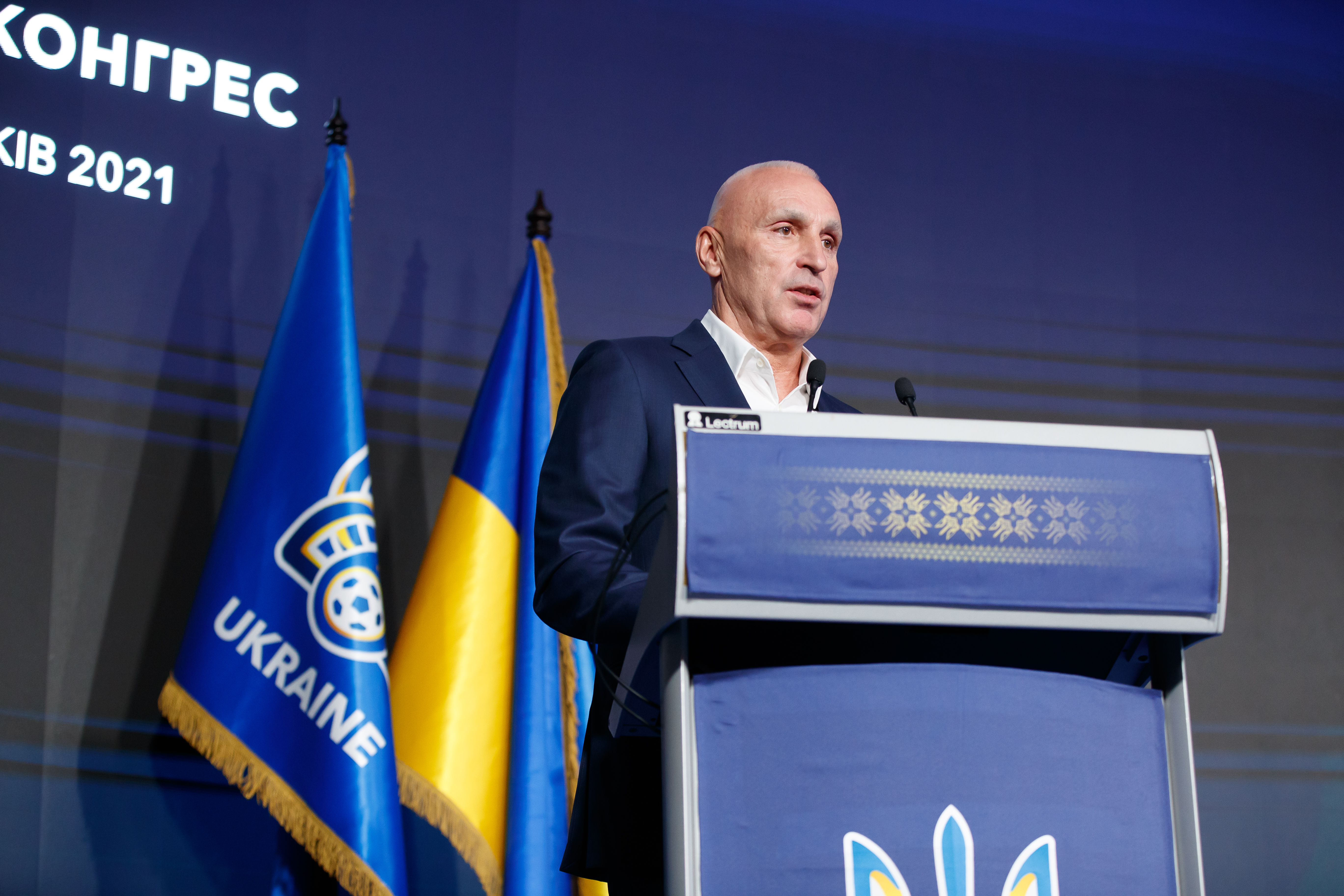 “Dear delegates and guests, I feel somewhat iotional: it seis to me that I have again immersed myself in the preparations for Euro 2012, and we are hosting UEFA again,” said Aleksandr Yaroslavskyi, the honorary guest of the Congress, at the beginning of his speech. “But today I am calm: we are in a wonderful hotel, we built this hotel thanks to UEFA, we built a practically new airport and we built a new stadium, training ground and acadiy. UEFA’s attention to sports and football is such an important incentive for the Kharkiv’s development, as we built a ring road. I can tell you that we invested about a billion dollars in preparing Kharkiv for Euro 2012: the state invested USD 700 million, while I invested almost USD 300 million. We have that excellent infrastructure, thanks to which Kharkiv is on the ball today and supports sports.”

“I thank Metalist for the words of support, now I am sure that Kharkiv will have great football. Metalist performed well in the Europa League—we played more than 50 games in European cups. I am extriely proud of our city, I am extriely happy and satisfied that the congress is being held here—this will also be an additional incentive to go deeper into the pockets, take more money and invest more in our favorite team. I think that after the 7th, when the national team plays, I hope everything will be fine, and we will begin reconstructing our beloved stadium, training ground and acadiy. I believe that in a year, we will restore everything and put things right, and they will brilliantly welcome our favorite team Metalist and European giants who will delight Kharkiv citizens. Therefore, I sincerely wish everyone health!” Aleksandr Yaroslavskyi said to the guests of the congress. 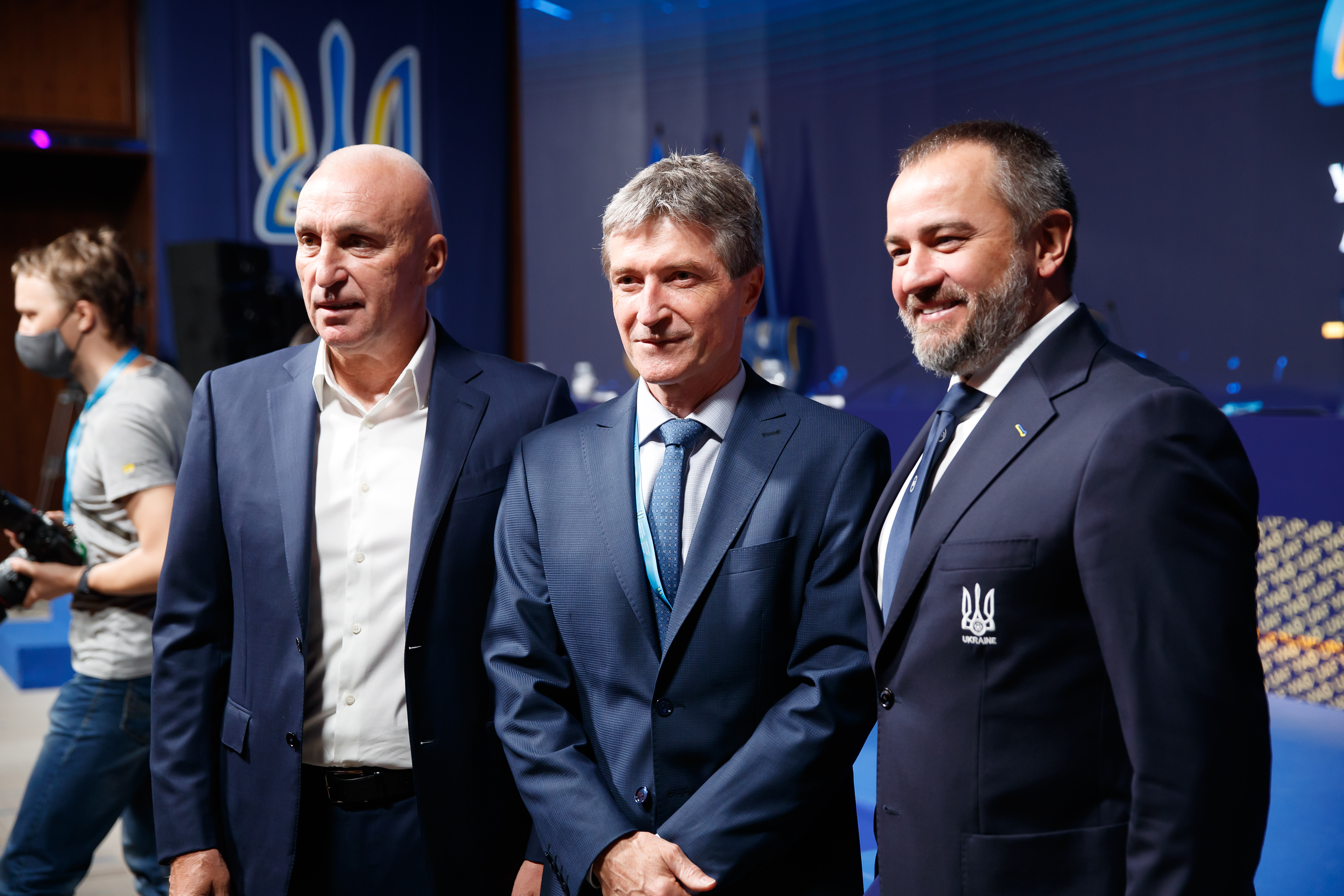 “Please convey my huge regards to our great friend of Kharkiv, Martin Kalen: they were all here, we repeatedly walked around the stadium and the acadiy. And this is the result—today you are holding this congress here, and I am its honorary guest,” Ex-President of Metalist said to Jozef Kliment, Head of National Associations Development, UEFA National Associations Department.

The full text version of Aleksandr Yaroslavskyi’s speech is available in the official Instagram account of the Metal football club.

“Kharkiv, of course, is a city of metalworkers, but Kharkiv also has rather strong football traditions. You were one of those who hosted the final of a significant tournament Euro 2012 and many others. Football is in step with Kharkiv, and I wish your team to take part in the largest tournaments and further develop,” said Jozef Kliment at the congress. Vadym Gutsait, the Minister of Sports of Ukraine, noted that “with such powerful patrons as Aleksandr Yaroslavskyi, football in Kharkiv will be developing”.

To recap, during the times of the ousted President Viktor Yanukovych, i.e., in 2012, Aleksandr Yaroslavskyi was forced to leave Metalist, while Sergei Kurchenko, who is now on the wanted list, became its new owner. His managient approach led to the complete destruction of the club—FC Metalist lost its professional status, had debts and went bankruptcy. The rebirth of Metalist began in the second league where the club Metal supported by Aleksandr Yaroslavskyi plays today.