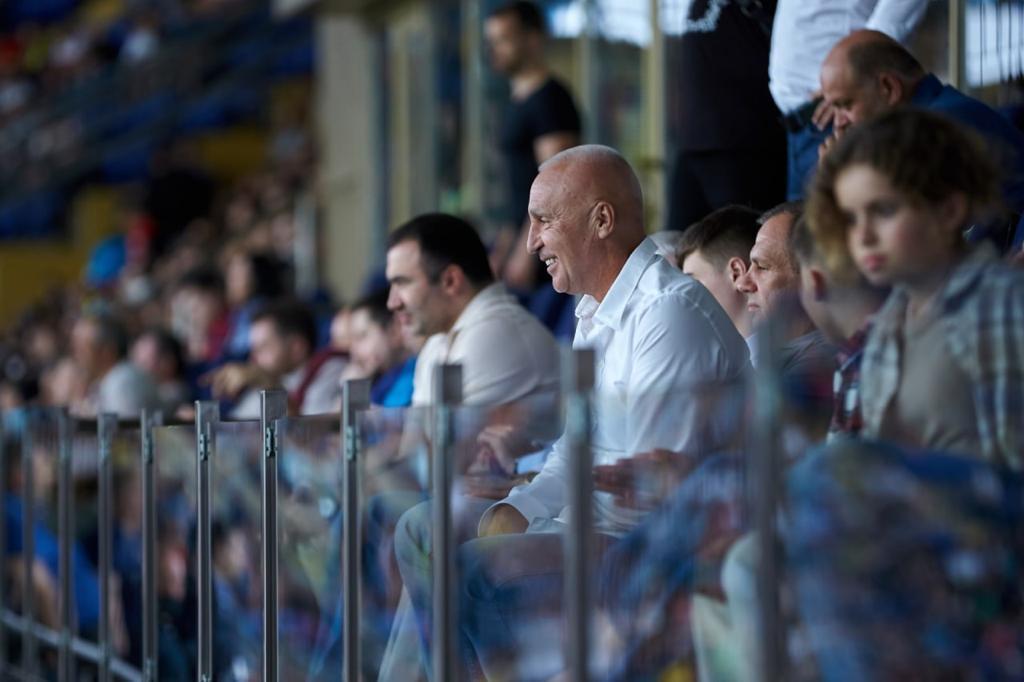 Aleksandr Yaroslavskyi will provide UAH 70 million to reconstruct the Western and Northern stands of the stadium.

The press service of the revived FC Metalist reports that the amount of Aleksandr Yaroslavskyi’s investments to restore the club’s destroyed infrastructure increased up to UAH 163 million over the past weekend.

To recap, last Friday, Aleksandr Yaroslavskyi (President of Metalist in 2005–2012) made a post on Facebook about allocating UAH 53 million to reconstruct 14 playing fields of the children’s football academy. According to Viacheslav Sheremet, a representative of the general contractor Millennium Sport LTD, a large field of the children’s and juvenile football academy Metalist that fell into disrepair and lighting devices were dismantled. Also, the covers and fences were removed at three mini-football fields.

On the weekend, it was announced that Aleksandr Yaroslavskyi would also provide UAH 70 million to reconstruct the Western and Northern stands of the stadium. “Taking into account the large number of events being held at the stadium and the constantly changing technical specifications, modernizing the stadium systems is a must,” said Aleksandr Rohachevsky, Commercial Director of OSK Metalist. Dismantling works have already started in the VIP sectors and the North stand. “Carpets, lighting fixtures and Internet equipment were dismantled at the VIP stand,” said Viacheslav Shevchenko, Acting General Director of OSK Metalist.

Aleksandr Yaroslavskyi allocated another UAH 40 million to build Metalist Fanstore points in Kharkiv. The first of them will start operating as early as July 1 this year in its traditional place—at the South stand of the stadium.

“The renovation of stores is undergoing the final stage; we have already purchased retail equipment and modern devices. Also, in parallel, we are producing a line of club merchandise to delight the variety of fans of Metalist,” said Andrii Stepanov, Head of Metalist Fanstore.

To recap, on June 10, the Kharkiv Regional Council transferred part of Metalist’s infrastructure facilities to the municipal authorities. Thus, it ensured the integrity of the club infrastructure to make it possible to start the restoration program as a municipal private partnership.