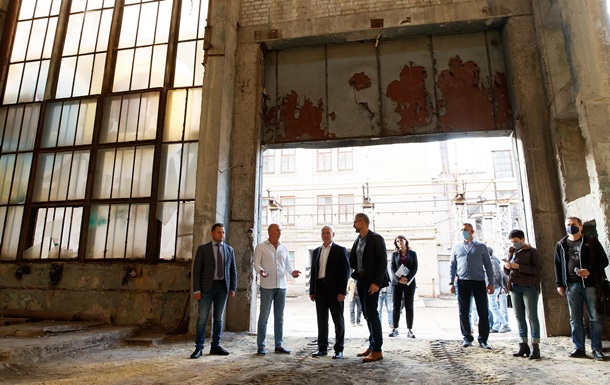 The manufacture of modern low-floor trams will be launched in Ecopolis HTZ. Yaroslavskyi will invest EUR 5.5 million in the project.

Businessman Aleksandr Yaroslavskyi, the owner of the DCH group, presented a production site for trams assembly at the Ecopolis HTZ in Kharkiv on Tuesday, October 13, sq.com.ua reports.

‘The city represented by Hennadyi Kernes and Igor Terekhov addressed me on the idea of ​​ trams manufacturing. I supported it. And soon everyone will know of our new Kharkiv tram,’ Yaroslavskyi said.

‘A large-scale repair work is needed here but is not a problem. Production will be complex – design-build-release. Our tram should be better than European models in terms of price and quality. We plan to start serial production in 1.5-2 years,’ he said.

According to DCH, Yaroslavskyi is aiming to invest about EUR 5.5 million in the production of modern low-floor trams. Partners from the Czech Republic will provide the engineering and consulting support of the project.

‘The tram production will become the first resident of the industrial part of the Ecopolis HTZ business park in addition to the Kharkiv Tractor Plant. Besides, we have many global technology companies that we are preparing to cooperate with. For example, we signed a memorandum with Hewкlett Packard Enterprise today,’ said Vitaliy Barannikov, Director of the Management Company Ecopolis HTZ.

Let us recall that the national project named Ukrainian Silicon Valley is being implemented based on Ecopolis HTZ. Mr Yaroslavsky is the general investor and coordinator of it.