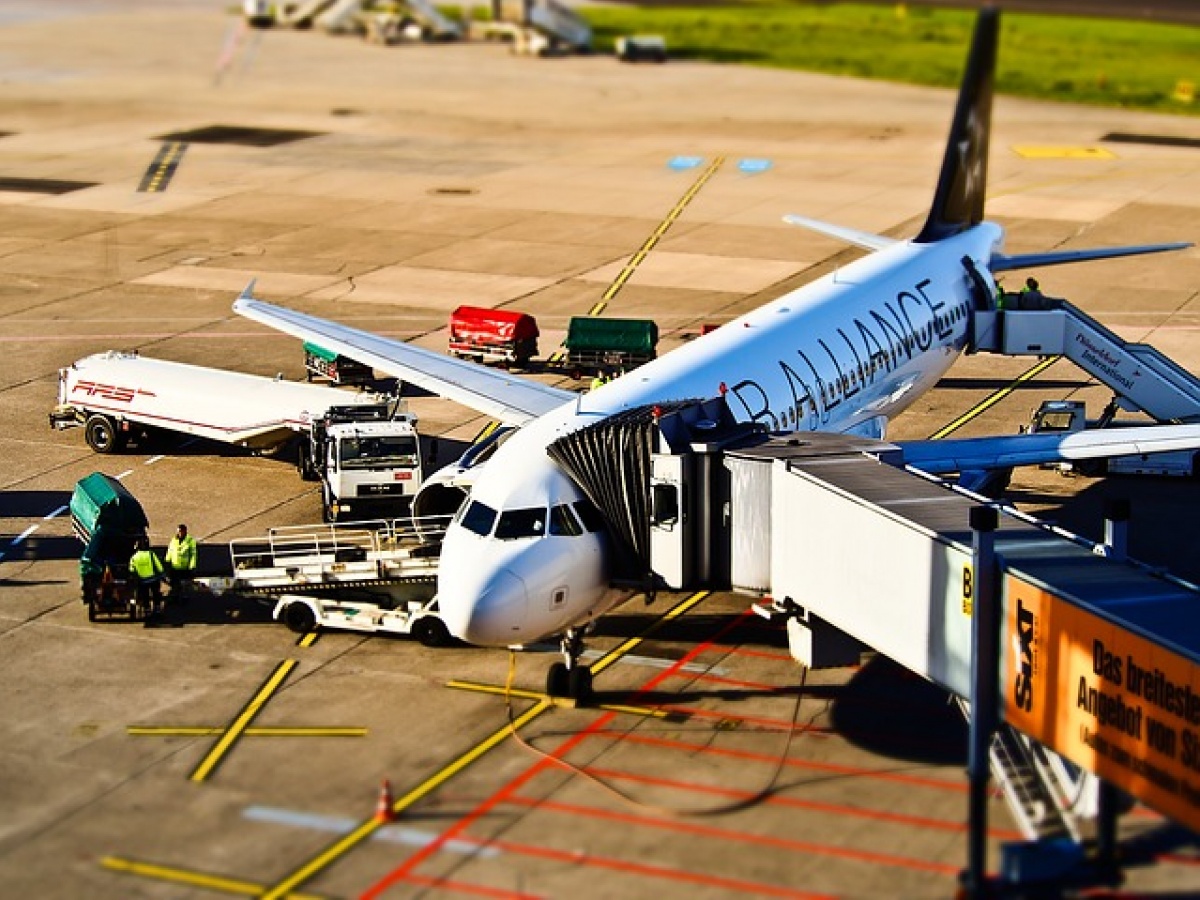 The aviation industry portal Avianews.com has published visualizations and detailed plans of future terminals of the Dnipro International Airport, which is being built by the famous Ukrainian businessman Aleksandr Yaroslavskyi.

The editors also received from the investor company DCH group exclusive details about the design and layout of the new air gates of Dnipro together with detailed plans and visualizations.

‘The new building will have 20 check-in counters, six boarding gates, three of which will be equipped with boarding bridges. It will allow to let off and board passengers directly from the building on board the aircraft,’ Avianews describes technical innovations that Yaroslavsky’s DCH, who has experience in construction and operation of the international airport Kharkiv, will apply in Dnipro.

As it is known, DCH Group is investing about $70 million in the construction of the terminal infrastructure of the Dnipro airport. The principal investment is a passenger terminal with an area of ​​26,680 square meters. It will have three levels.

The first level will include a check-in hall, a baggage handling area, a domestic arrival hall with one baggage carousel, and an international arrival hall with two baggage claim belts, two levels of which will be central and one will be auxiliary. 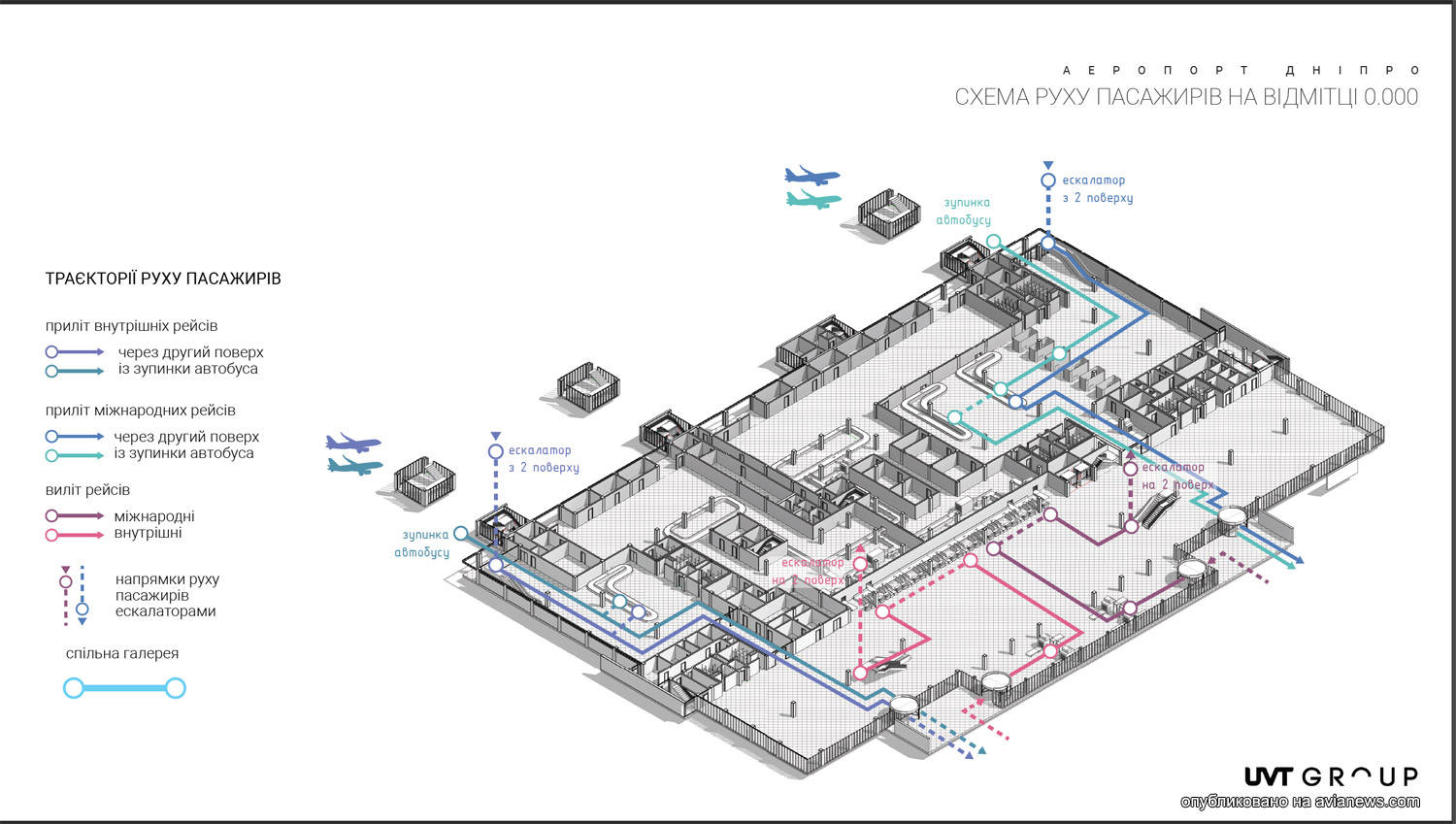 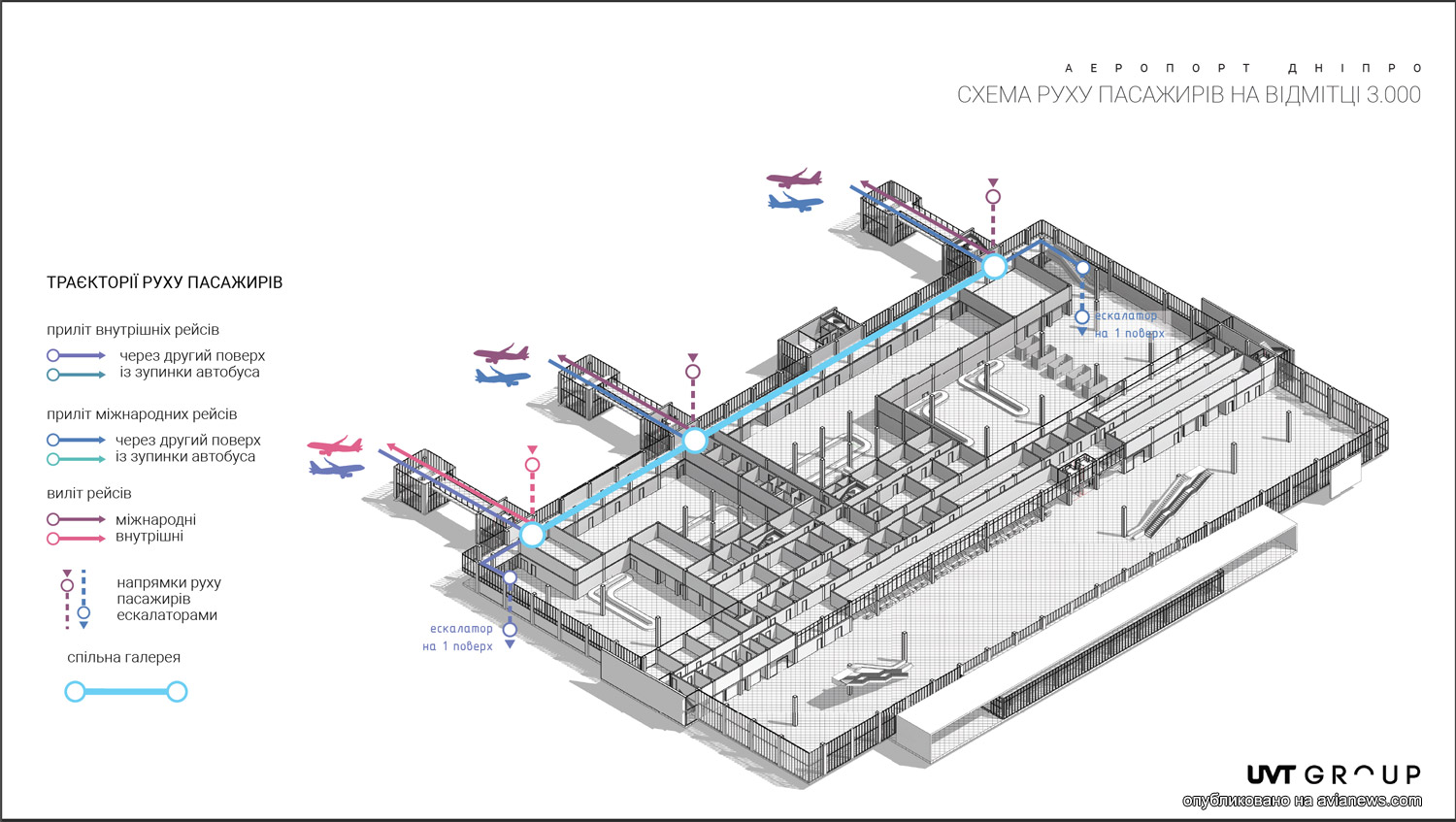 Avianews highlights that Yaroslavskyi’s DCH investments in the creation of new terminals at Dnipro International Airport are part of a public-private partnership. Hence, the airport’s commissioning depends not only on the speed of the private investor but also on the agility of the state, ‘Yaroslavskyi’s company reported that they plan to complete the construction within two years. The construction of a new terminal at Kharkiv airport having similar characteristics took about the same period. However, the investor will be able to put the new building into operation only after the new airfield is put into operation. The state promised to build a new runway, taxiway and apron with parking lots for planes in front of new terminals,’ the media states.

Vladislav Krikliy, Minister of Infrastructure, previously assured that his department is working with the Ministry of Finance to provide funding for the construction of a state-owned airfield at Dnipro airport in the budget for 2021 for UAH 2 billion.

The construction site, where the future new terminals will be located, is in the centre of the airfield between the old terminal and the apron, and the active runway. It will allow creating a new airport without stopping the arrival and departure of passengers through the old terminals of the airport.